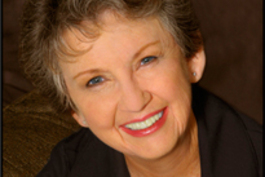 Jeanne O’Connor is a familiar face on Florida and New York stage as well as film and TV, Jeanne has a diverse background in theatre. In addition to performance, she has served as crew, deck manager, light op and stage manager.

Some of her film credits include It’s Tough Being Me, Plagiarism, The Visit,and The Four Horseman. She has appeared on TV in Dr. G Medical Examiner, and did a pilot for Beat the Boss. Numerous TV commercials include Florida Power and Light, Care Plus, U. S. Pharmaceuticals, Prescription Discount Card, Quality Care and Dr. Ferber.

She was trained by Ray Forcion, Tom Logan, Lori Wyman, Linda Zerne, the Barrow’s Group and The Eric Morris system.

Jeanne conducted workshops on personal growth, self image, increased awareness and meditation both in Florida and in New York. She has spoken at Strayer University in Palm Beach Gardens, Keiser University and Florida Career College in West Palm Beach, Florida

Ms. O’Connor, a student of Child Psychology, studied with the Rosicrucian Order, and has participated in consciousness awareness systems such as Course in Miracles, Transcendental Meditation, Lifespring, and others for forty years.

Jeanne is a wonderful writer with charm and a sense of the ironic. From her children’s stories to the articles she writes to help adults get through difficult times, she maintains a sense of humor that keeps the reader engaged. I highly recommend her recent work “Ponderings” for the common sense approach to the little battles of life and the greater ones as well.

Jeanne O’Connor is an amazing actress with an enormous range. She can delivera line in whatever way you need it and she moves with a facility that makes it appear genuine. Off camera, jeanne is an absolute joy to work with. She is infinitely dependable, creative, co-operative and truly understands what needs to be accomplished. I have used her in over fifty commercials and I hope to use her in many more and even some films. You cannot find a better eprson to work with. I recommend her highly.

I have known jeanne O’Connor for many years and am currently pleased to recommend her as an accomplished speaker with an excellent grasp of her subjects, whether it be as a author, a spiritual enlightener or a theatre expert. She is experienced and well versed in her area of expertise and entertaining as well. i have been fortunate to observe her growth and progress through many years of life and self discovery.

In her book “Ponderings”,Jeanne O’Connor beautifully explains how the deeper commitment of love can connect two lives in a most magical way. She offers interesting statistics and a point of view that will have an impact for anyone who is looking to understand the never ending mystery of love.

Jeanne is a dynamic speaker. She has a great understanding of theatre and keeps the audience interested throughout.

This is what they are saying about Jeanne O’Connor. In an age when everyone has something to say, I’m going to listen to those walk the talk and live to love. Jeanne is the perfect guide to help you live, love, forgive and grow. Enjoy the journey from someone who knows how to point the way.

More information about Jeanne's work and how she can be an asset to you.